The exhibition of apparatus on the open-air ground explains the development of historic drive technology in agriculture. What is shown is a capstan, electric motors and combustion engines as well as a traction engine (mobile steam engine).

In addition, we present a “potato steaming column“, as it is called, by means of which potatoes used as animal feedstuff were steamed until the 1970s and subsequently ensiled in caverns. By this method, it was possible to produce non-perishable foodstuff. 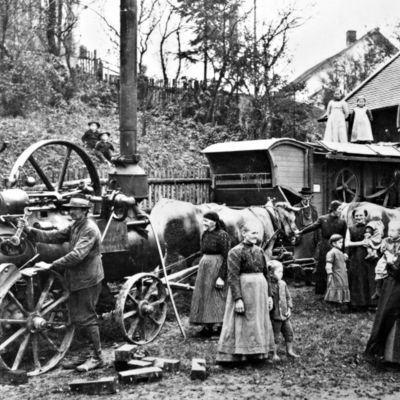 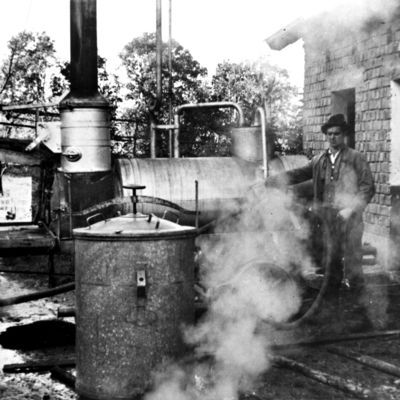 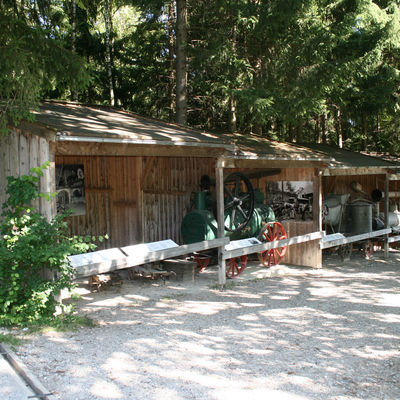