Refueling On The German Alpine Road

In the fall of 2021, the most recent architectural exhibit to date was opened at the Glentleiten Open-Air Museum: a former Gasolin filling station. It forms the occasion for the current special exhibition. The building, which was erected in 1955/56, once stood in Brem, a district of the municipality of Unterwössen (Traunstein district), directly on the German Alpine Road. This first vacation route in Germany, some 480 km long, runs from Lindau on Lake Constance to Schönau on Königssee. Along the road, of course, there was not only the former Gasolin filling station, which has now found a new home in the museum, but also a whole series of filling stations. During the reconstruction project at Glentleiten, these historic buildings as a whole came into focus. The oldest surviving gas stations along the Alpenstrasse date from the 1920s and 1930s. Architecturally, they are very different: There are both gas stations in the so-called Heimatschutzstil, which is based on regional building traditions, but also modern type buildings of various mineral oil companies from the post-war period or completely individual designs.

Photographer Christian Bäck has documented a selection of these striking buildings along the Alpine Road with his camera and masterfully captured their aesthetics in the picture. These photographs, taken in 2020 and 2021, can now be seen at the Glentleiten in the special exhibition "Refueling on the German Alpine Road." The pictures of the landscape and travel photographer, who comes from Großweil, not only stand for themselves, but also show the change in use of some of the buildings. In addition to gas stations, they now house a vintage car workshop, a flower store, a kebab snack bar, and a chimney sweep's seminar and storage room. The large-format photos are supplemented by other exciting objects from the museum's collection. They illustrate the sights along the German Alpine Road. 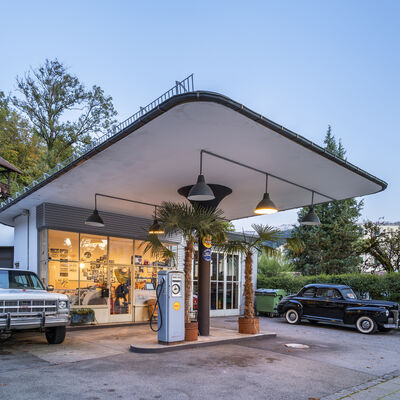 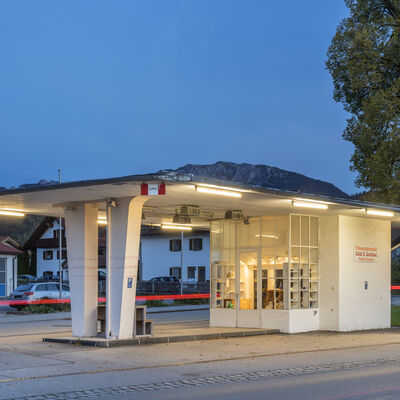 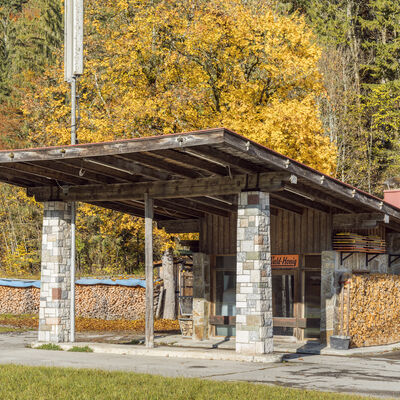