Have you ever watched a cooper at his work or how a piece of clay is formed into a jar? Do you know how freshly baked stone-oven bread smells or how a blacksmith transforms a piece of steel into red-hot iron? Discover old handicraft during our daily demonstrations! In historic buildings almost 30 specialists will perform traditional skills and professions many of which have been forgotten nowadays.

The dates for the demonstrations can be found in the handicraft calendar. As the calendar is in German, below, you will find English information on and translation of the different demonstrations.

For a first impression of the contents, please click on the respective demonstration.

> go to the handicraft calendar (German) 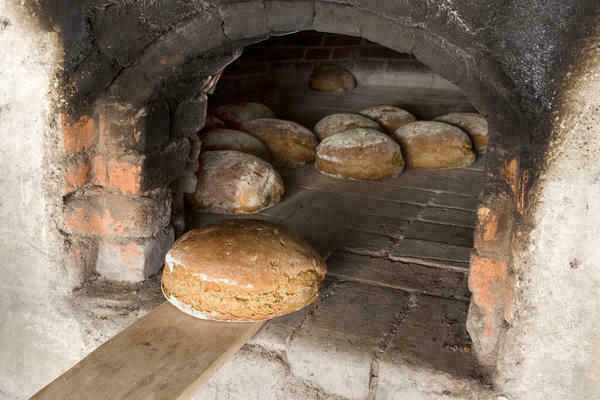 Until about 1950, baking bread at home was customary in many places in the country. Baking was done every two or three weeks in detached baking houses. Visitors can buy the bread baked in the museum on the spot. 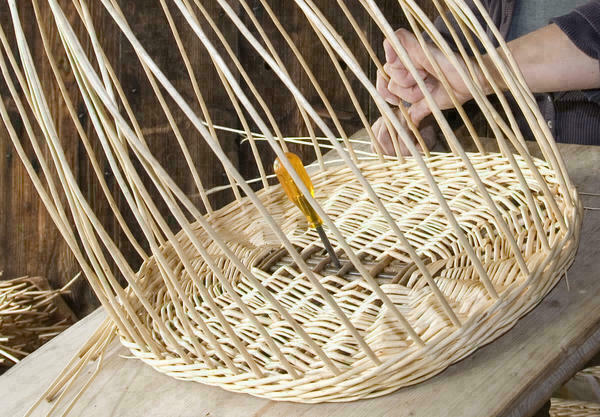 Baskets are made by using mostly thin willow withes, but also spruce and larch branches or hazel rods. At first, a framework is made. Then baskets of different sizes and shapes are produced by means of the material prepared, depending on for what the baskets are to be used. 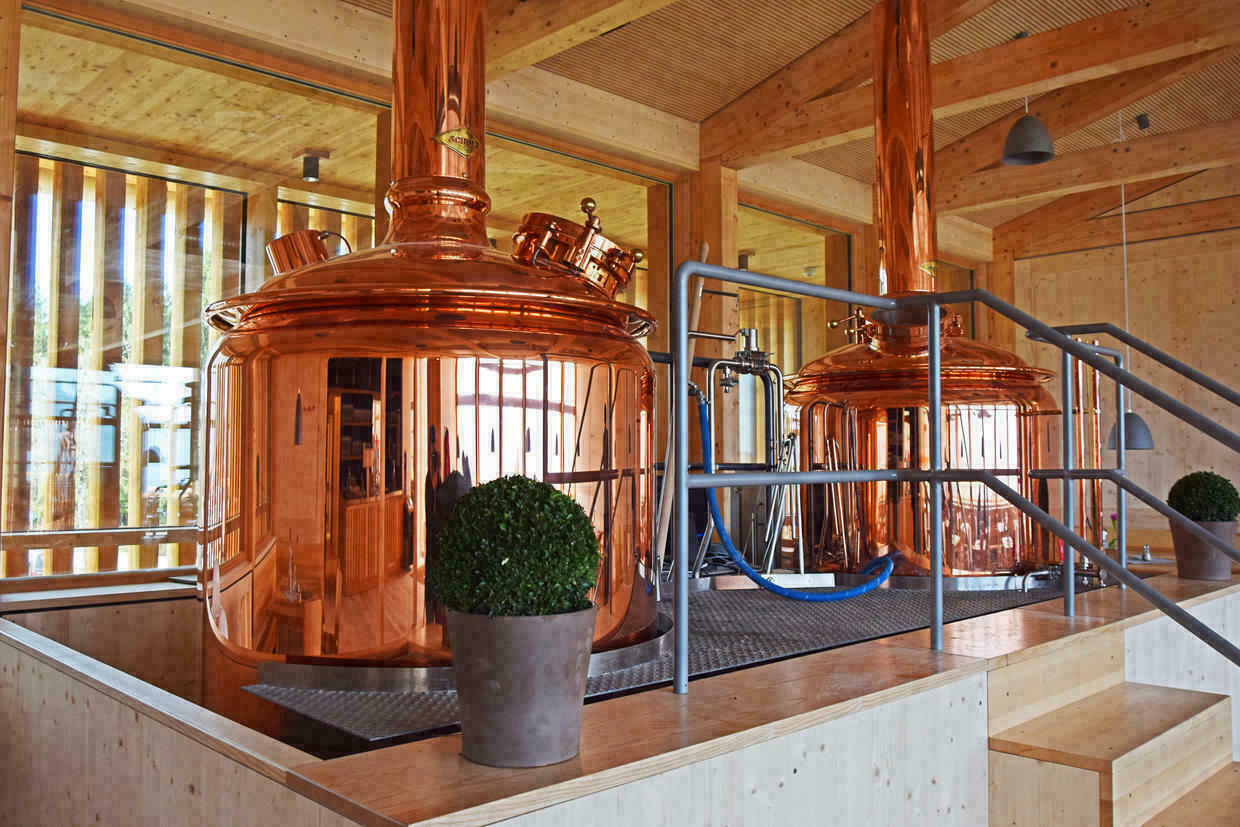 In the Glentleitner Museum Inn features the show brewery with mash tun and lauter tun. Five hectolitres of beer can be produced per brew and this is then served in the restaurant on the upper floor. Fermentation tanks and storage tanks can be admired on the floor below. Once a week, this small facility will hold brewing days during the museum season. 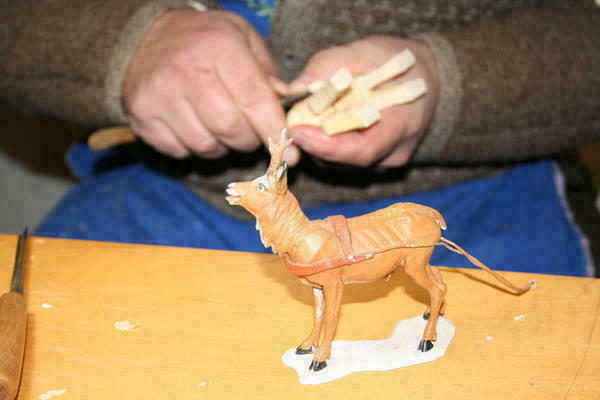 Carving is a technique of wood working. During the demonstration you will see how a carver makes crèche figures and crucifixes by using knives, carving tools and other sharp objects. 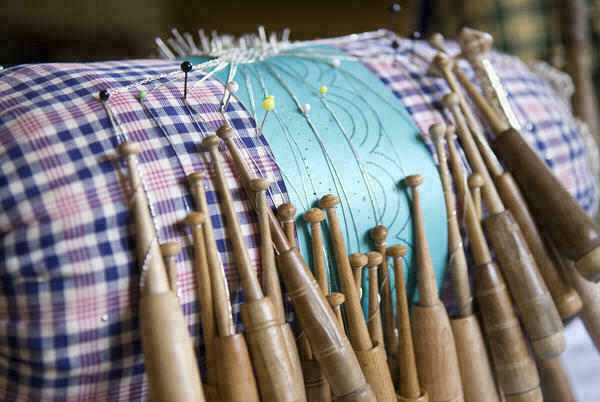 Bobbin-lace-making is an almost forgotten craft of making bobbin lace. By turning and crossing threads, torchon lace for doilies and clothes are made. 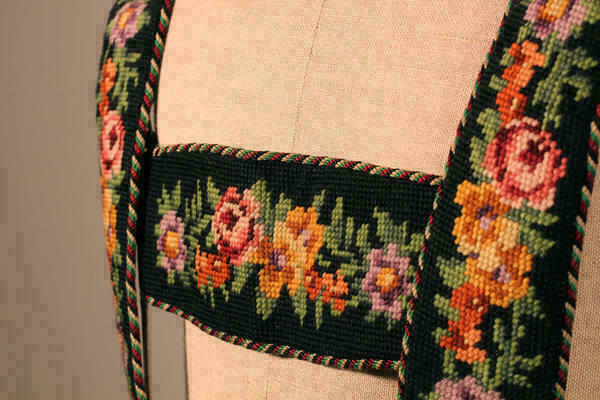 A lot of patience and manual dexterity are necessary for embroiding braces – an important part of men’s traditional costumes. More than 70 hours of manual work are required to embellish a pair of braces with flowers, curlicues or emblems. 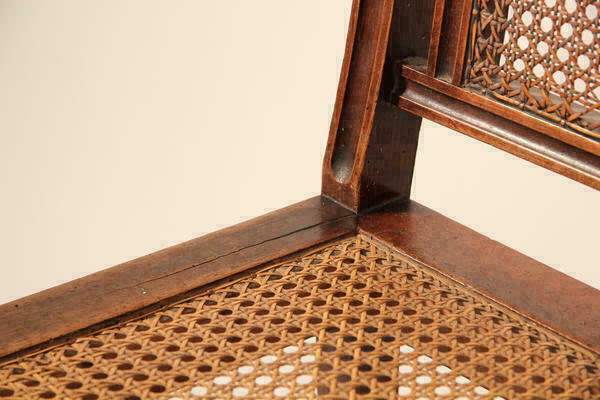 The caner designs pieces of furniture by using different materials and patterns for caning. It will be demonstrated how the seat of a cane is made. 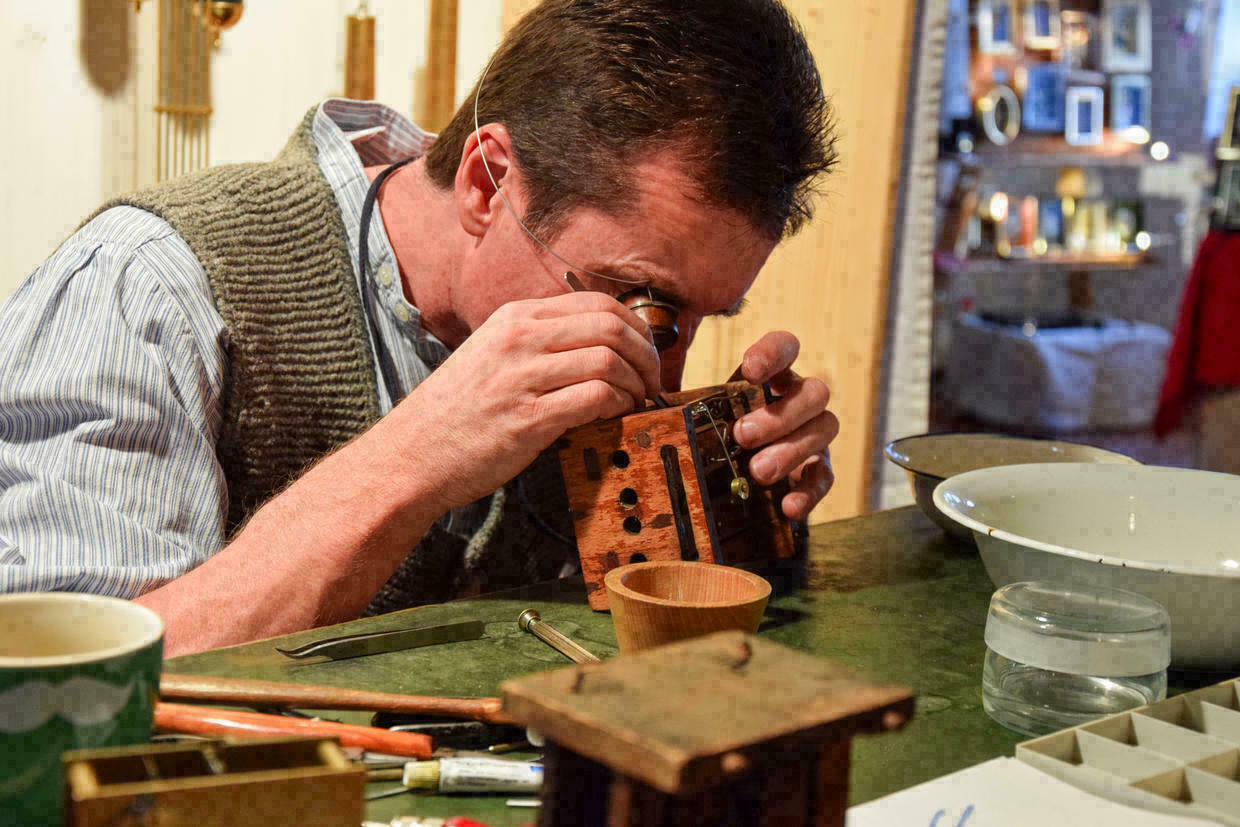 The clockmaker shows how a clock unit is repaired, how gears are mended, how bearings are replaced and how the unit is assembled and put in motion. Broken or missing pieces are produced by hand. 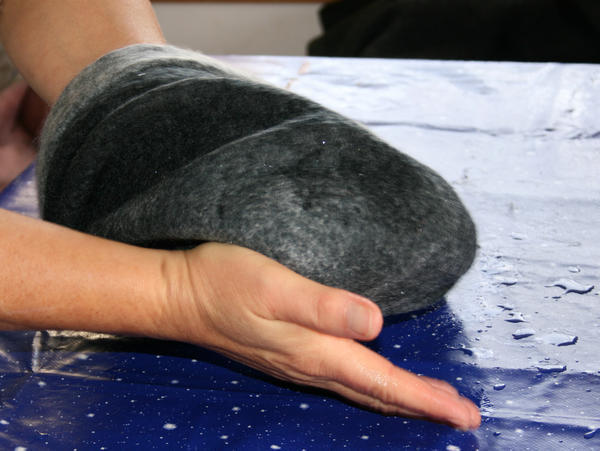 Cleaned and combed sheep wool is felted by means of warm water and soap. In doing so, wet wool is pressed until the individual tiny wool fibers get stuck so that they cannot be loosened anymore. The felted fabric then is formed into a hat or a bag. 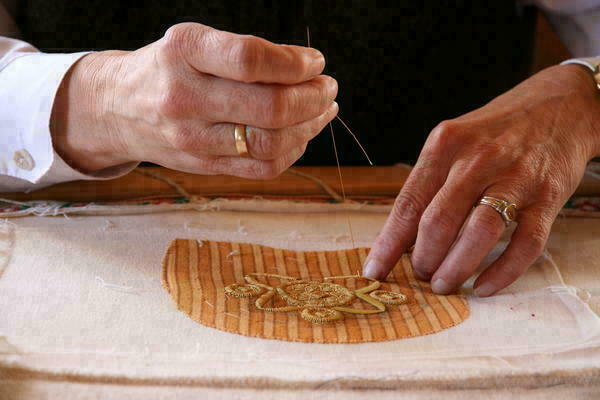 Wearing clothes with gold embroidery used to be a privilege enjoyed only by the aristocracy and members of the clergy. This technique has been preserved in monastery works, in flag embroidery and traditional costume (headdresses, bodices, bags, etc.). The work, which is all performed on a fabric base, is produced using couching, couching over padding and stitching techniques as well as cantille embroidery and additionally worked with sequins, beads and metal foils. 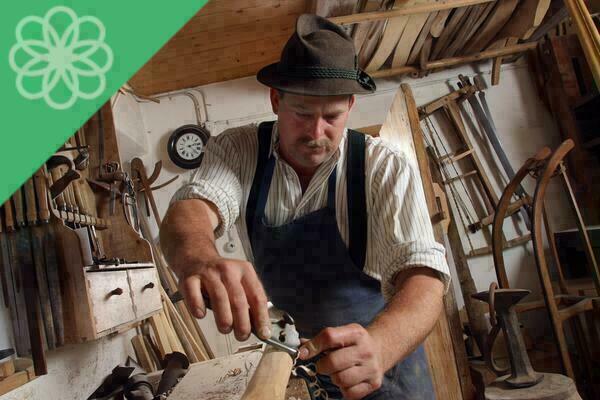 A joiner will demonstrate and explain basic techniques of wood working such as planing, sawing and cutting. 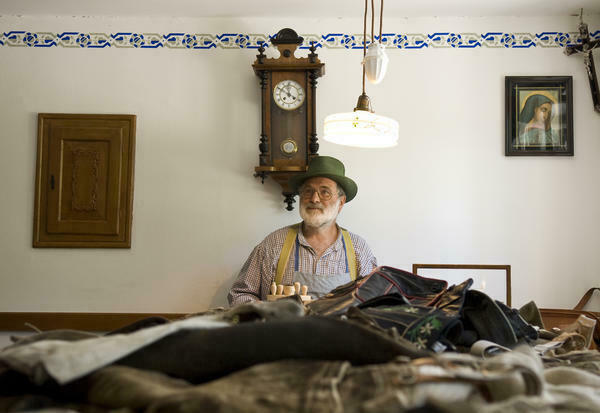 Craftsmen demonstrate how lederhosen are patched. Complex ornamental seams and the choice of the right leather make old lederhosen a very personal piece of clothing.

On a potter’s wheel, the potter in the pottery will make everything that is round: pots, plates, cups, jars and bowls. The different method steps from mixing and beating the clay over forming the vessels to baking them will be explained here. 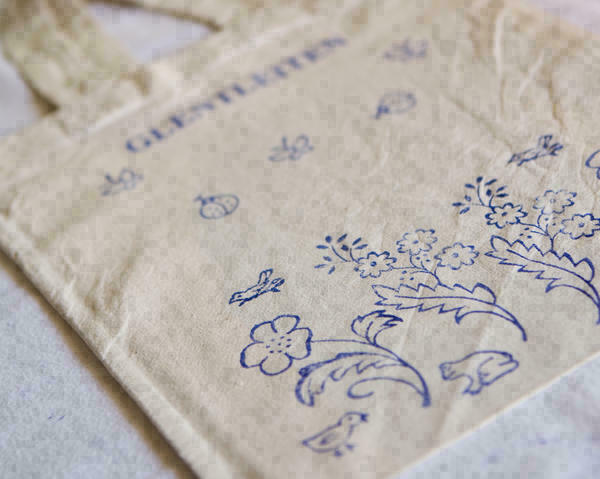 Patterns are printed on fabric by hand by means of inked wooden moulds. 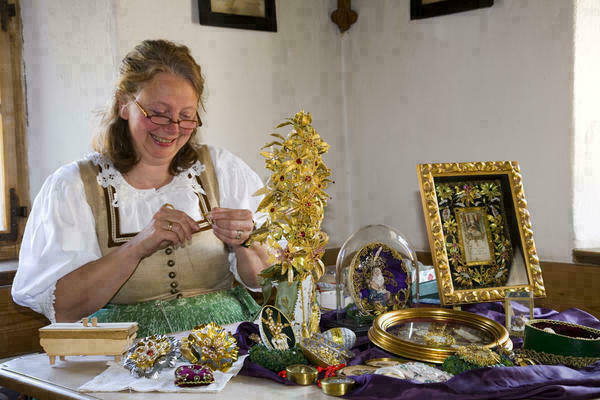 In cloisters and monasteries, religious objects were made for private worship and sold to private customers. The museum shows how objects such as infant Jesus figures, images of Holy Mary and other saints, religious plates and charms are made. 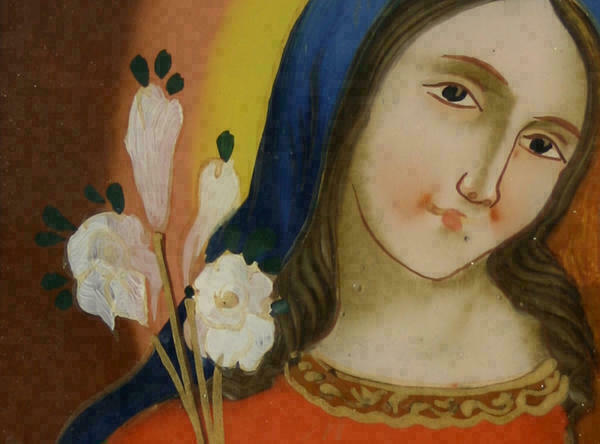 Reverse glass painting is a special type of glass painting. In this painting technique, the motifs are painted onto the reverse side of a glass plate in several layers and in mirror-inverted way. 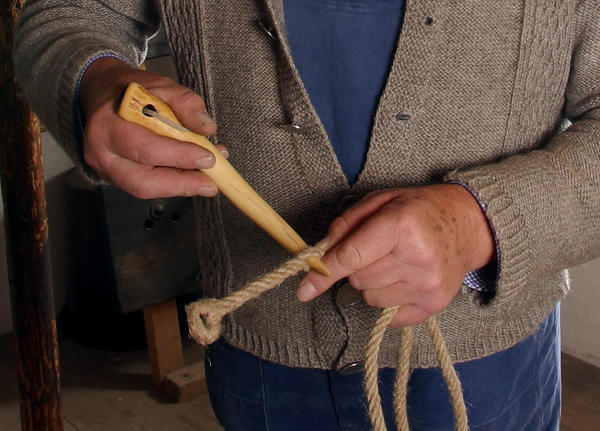 In the ropery it was mainly hemp that was used to make ropes, belts and other products for the construction trade, for transport, for industry and agriculture. In the museum’s ropery, ropes are still made by hand even today. 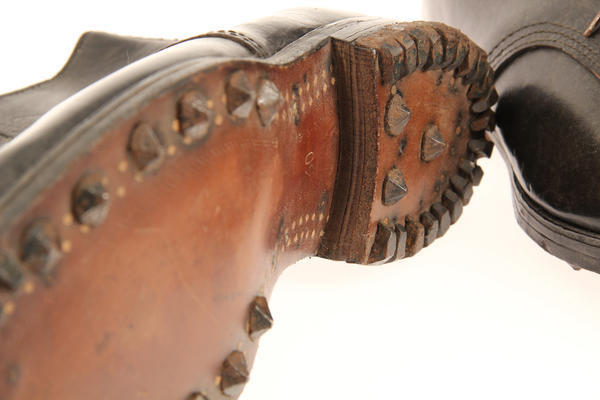 A shoemaker will show the steps of how shoes used to be made by hand. At first, the shoemaker stitched the individual leather parts of the upper portion together, then he soled the shoe and studded nails into the heavy working shoes in order to provide them with a stronger profile. 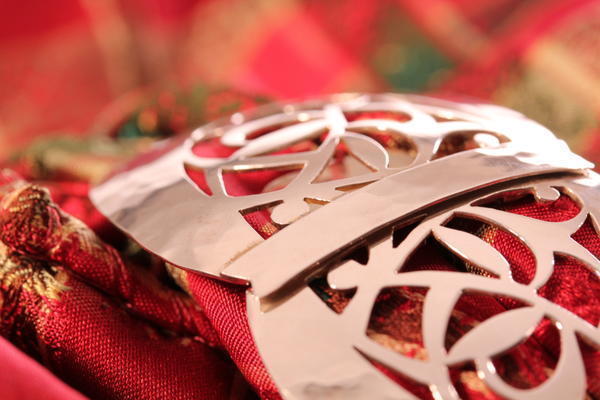 It is demonstrated how brooches, pins for aprons and drapery are made from silver according to historic models from the Werdenfels Land dating back to the 1920s. 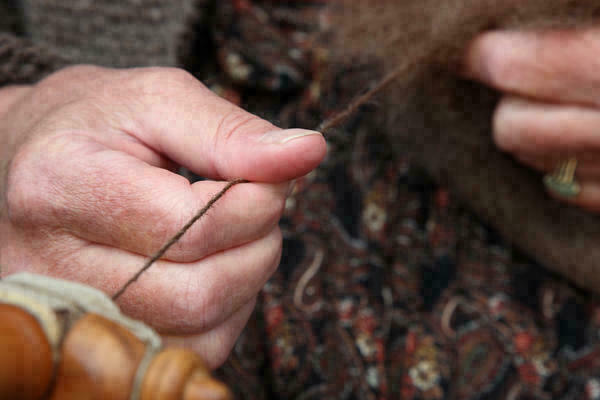 Spinnen
Spinning is very time-consuming and used to be a typical activity of peasant women and maidservants in winter. In spinning, wool fibers are twisted into threads and spooled by means of a spinning wheel. 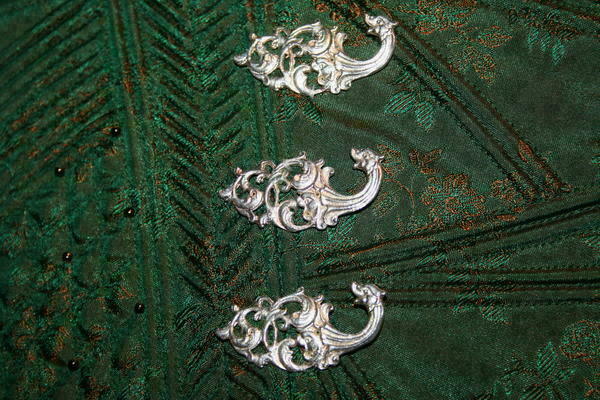 Woolen material, fine linen, fulled loden, shiny silk and filigree bobbin lace will be used by the tailor to make clothes such as corsages, skirts and aprons. 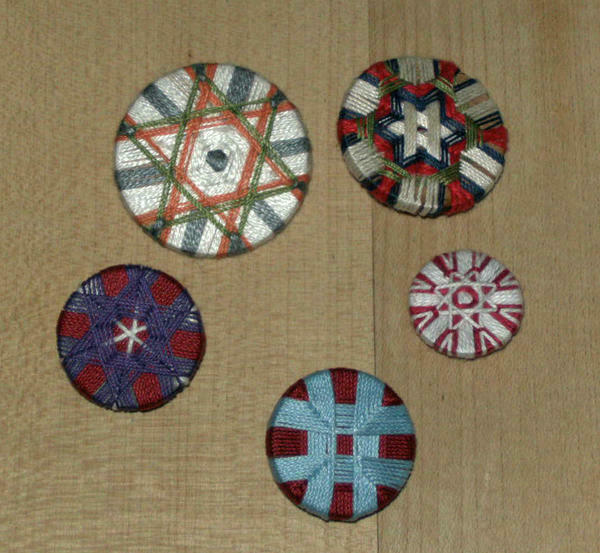 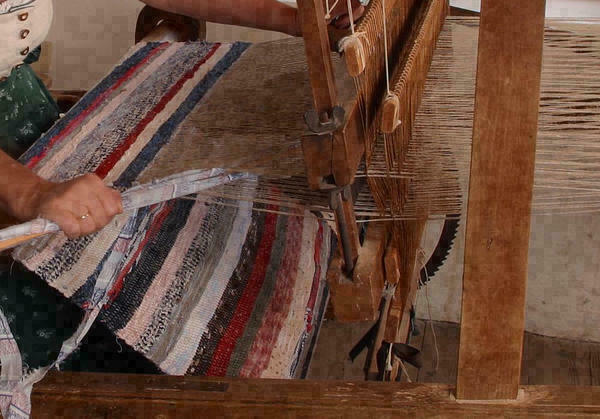 Weaving used to be a very popular handicraft. In weaving with a handloom, two thread systems ("warp" and "weft") are interwoven at right angles. Flax, hemp or wool were used to make woven textiles and carpets. 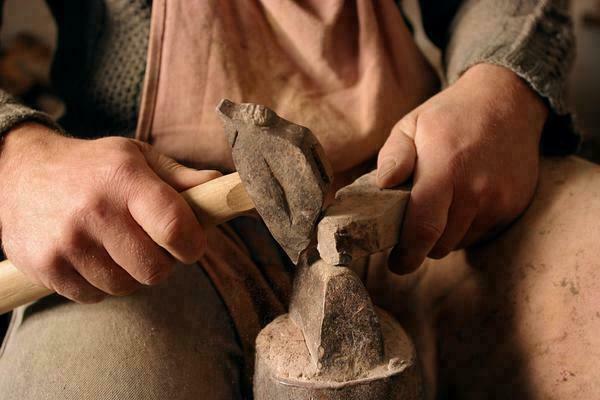 In the past, whetstones were needed to sharpen sickles and scythes on every farm. In the whetstone workshop from Unterammergau you can learn how they were made out of limestone or sandstone. The different worksteps are shown in the so-called stilt hut. 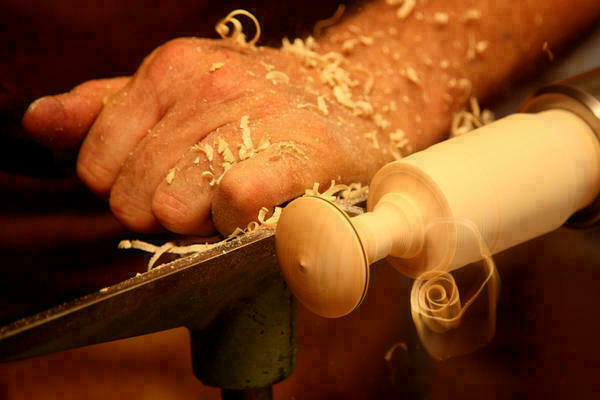 Woodturning is a craft where a piece of wood is clamped in a wood lathe which turns around its own axis. With his lathe, the wood turner mills bowls, balls, toys, banisters and much more. 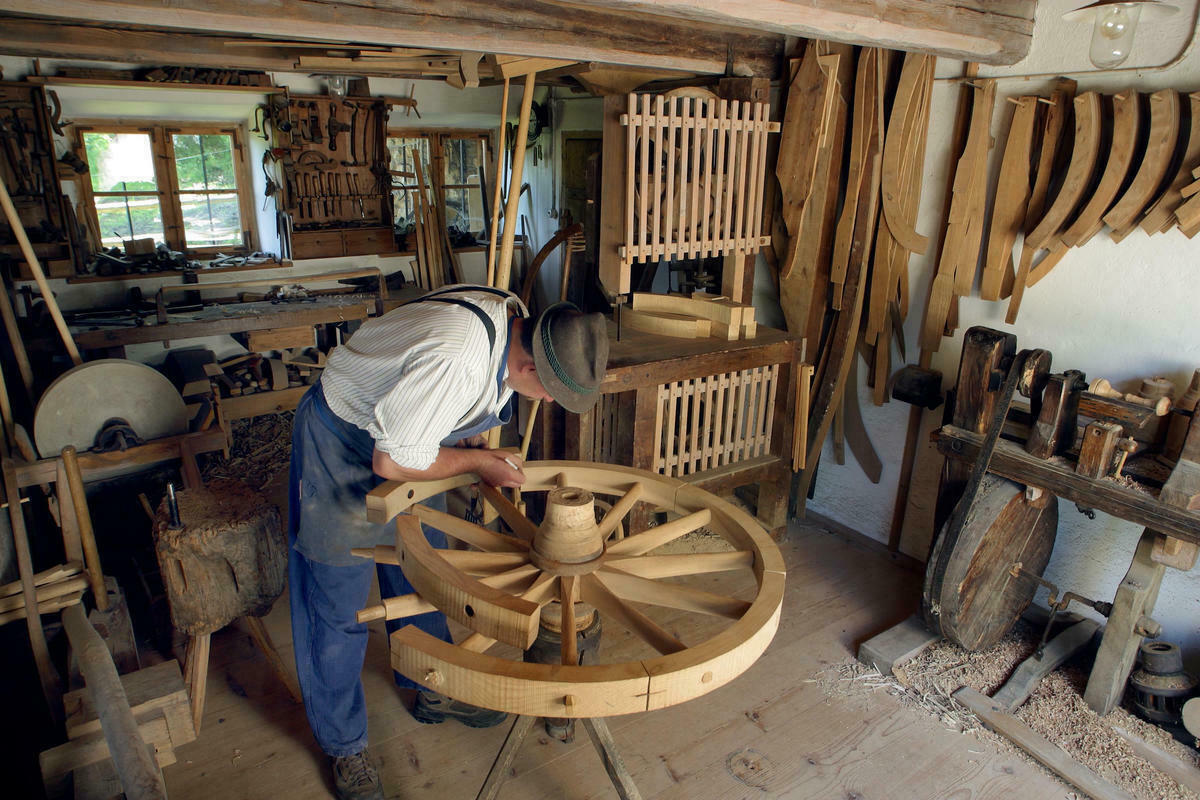 Sometimes, a demonstration has to be cancelled at short notice. Showtimes can be found daily at the museum's ticket desk.