Dreams and Nightmares – Agricultural Utopias of Yesterday and Today

The paradise of pastoral life, in harmony with natural surroundings, food aplenty with little effort – utopias have always moved people.

Agrarian utopianism reached its first peak during the Age of Enlightenment. The flourishing of agricultural technology that followed industrialisation opened up the most magnificent of new perspectives for utopian agriculture. It was not long before caricatures could be seen depicting farmers sitting comfortably on automatic ploughs and reading the newspaper. Reality has now caught up with some of the points addressed ironically at that time.

Some utopias of agricultural technology led nowhere; others, considered illusionary by contemporaries, became the state of the art sooner or later. Yet other developments, such as cows being free to decide when they wanted to be milked and not even manually, but by machines, could not have been dreamt up by the most daring of enthusiasts.

Visionary expectations combined with phenomena including the introduction of “exotic” crops and livestock. Silkworm and angora rabbit breeding did not yield the good return that was hoped for in Europe, but sugar beet, corn and soya beans were cultivated very successfully.

Utopias which centred the dream of fair distribution of land were radical and momentous. The demand for an emancipation of the serfs and the total rewriting of land ownership laws laid the foundations for modern rural agriculture. Concepts of an ideal agricultural structure involved social and political models of various convictions, from the family-run farm right up to centralised, collective agriculture.

Utopia as an actual nightmare

Utopias can turn to nightmares when attempts are made to compel their implementation with force. Violently fulfilled visions of collective agriculture led to massive famines in Russia and China, to say nothing of victims of the technocratic Nazi utopia of conquering Lebensraum in the East.

Like all utopias, the agrarian ones were and are linked with euphoric hopes and expectations, but also with fears and worries. GM technology promises to overcome global hunger, but also threatens irreversible environmental damage.

Photography, panels, models, historic exhibits and films tell the story of the agricultural successes and aberrations of the past 200 years. Daring technical designs such as giant steam ploughs for marsh cultivation and the use of atomic energy to breed chickens are shown alongside the societal ideals. Current visions of future agricultural economics and nutrition are also shown. The food of the future is discussed, from the great promises of the digital “Farm 4.0” and alternative utopias, right up to the idea of generating nutrition without the use of land or animals. 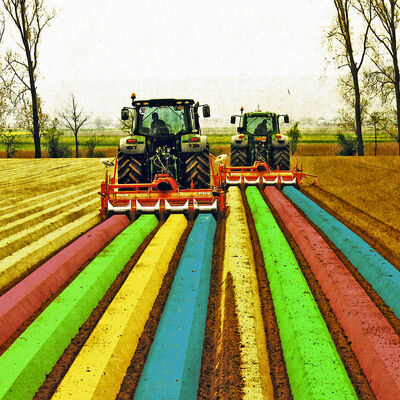 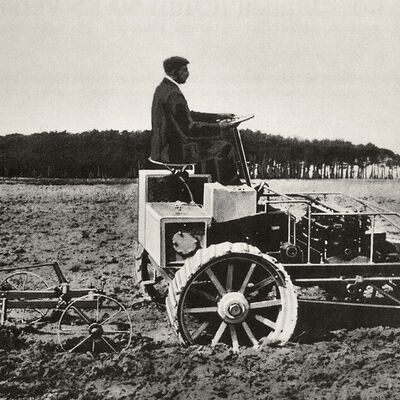 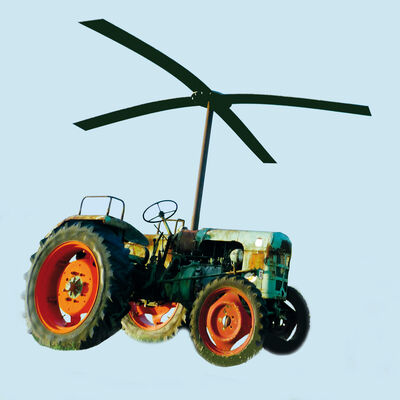 A comprehensive companion volume has been published for the exhibition. If offers in-depth insight into the themes of the special exhibition and is available to buy at the museum shop (EUR 19.50, ISBN 978-3-932113-79-6).