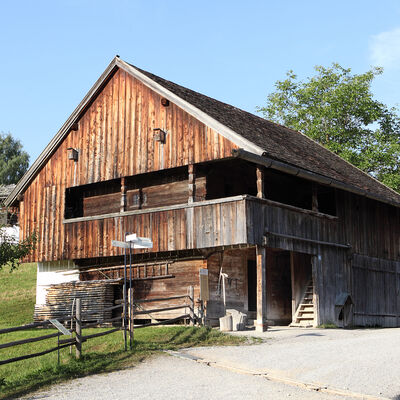 Crops had to be protected from vermin, fire and damp until the next harvest and were exposed to a number of risks. This is why the granary or corn store were the most important outbuildings for a farm.

Along with bread and sowing grain, they were used to store other important provisions, such as flax, down, tools and objects of value. The door to a corn store was often decorated with carved ornaments and paintings.