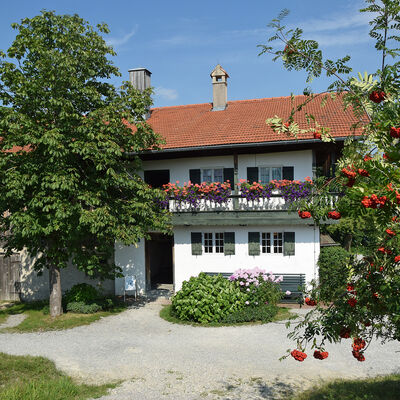 The house name Bachl is probably derived from Pächl, which is the name of the first documented family who lived in the farm.

The house name Bachl is probably derived from Pächl, which is the name of the first documented Family who lived in the farm. The name suggests that they had the right to “pecheln”, or to collect tree gum and process it to make tar pitch. The house name “Mesner” has also been passed down, which means that the inhabitant held the office of sacristan as a sideline. For more than 300 years, this was always a member of the Meyl (Meyerl) family, which managed the farm from 1655.

Income from agriculture alone was seldom enough to live on, as the property did not yield enough for everyone. As a result, many pursued a secondary occupation. The respective owner of the Bachl farm had the right, from 1635, to act as sacristan at the local church. There is a list of responsibilities surviving from 1744: The sacristan was to ring the bells, procure wafers and incense and even work as a gravedigger. The final heir to the farm, Johann Meyerl, held the office of sacristan until the 1950s.